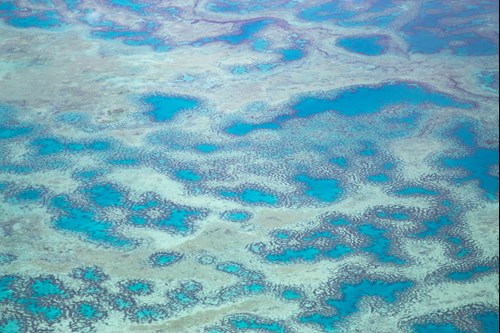 Coral reefs harbour the highest biodiversity of any ecosystem, act as barriers protecting our coastlines and islands, and are critical to human health and wellbeing. They are also one of the most threatened ecosystems on Earth.

The coral reefs of Torres Strait form part of the Great Barrier Reef. Sitting at the northernmost point of the world’s largest reef system, research suggests the region could be a biodiversity hotspot. Importantly, sea surface temperature data and modelling indicate cooler summertime water temperatures over the deeper waters of eastern Torres Strait. Along with anecdotal observations of coral health during bleaching events, this suggests the eastern Torres Strait could be an important refugia for corals and the biodiversity of species coral reefs support.

The region has been identified as one of the 50 coral reef areas globally to have the greatest potential of surviving the impacts of climate change and helping repopulate neighbouring reefs over time.